The 'Royal' Blood Lines of Europe.

Each of the 4 main protagonists of WW1 were grandchildren of Queen Victoria and were 1st COUSINS.

3) Albert I, King of the Belgians

At the start of World War I, Albert refused to comply with Germany's request for safe passage for its troops through Belgium in order to attack France, which the Germans alleged was about to advance into Belgium en route to attacking Germany in support of Russia. In fact, the French government had told its army commander not to go into Belgium before a German invasion. The German invasion brought Britain into the war as one of the guarantors of Belgian neutrality under the Treaty of 1839. King Albert, as prescribed by the Belgian constitution, took personal command of the Belgian army, and held the Germans off long enough for Britain and France to prepare for the Battle of the Marne (6–9 September 1914).

A grandson of Queen Victoria.

On 28th June, 1914, Archduke Franz Ferdinand of Austria was assassinated in Sarajevo, Yugoslavia, by Gavrilo Princep. This act became known as the spark which set Europe alight. It set off a diplomatic crisis when the Austria-Hungarian empire delivered an ultimatum to the Kingdom of Serbia.

On 28 July, the Austro-Hungarians declared war on Serbia. As Russia mobilised in support of Serbia, Germany invaded neutral Belgium and Luxembourg before moving towards France, leading the United Kingdom to declare war on Germany. After the German march on Paris was halted, what became known as the Western Front settled into a battle of attrition, with a trench line that changed little until 1917.

On the Eastern Front, the Russian army was successful against the Austro-Hungarians, but the Germans stopped its invasion of East Prussia.

In November 1914, the Ottoman Empire joined the Central Powers, opening fronts in the Caucasus, Mesopotamia and the Sinai.

WW1 War Diaries
A British Army Field Service Regulation, dating from 1907, required that the Commander of every Military Unit (from a Battalion to a Division) would maintain a War Diary to provide a daily account of the activities of a Military Unit on active service. Sometimes the War Diary was designated as an Intelligence Summary. It was the responsibility of the Commander to ensure that the War Diary was kept up to date. It was to be written up each evening (or as soon as possible, depending on the circumstances), usually by The Adjutant, or a Junior Officer might be designated.

The War Diary was compiled by month for every month that the unit was on 'active service' in a 'Theatre of War'. In addition to the completed official War Diary Army Form, there might also be sketches, messages, maps and Operational Orders included as Appendices.

The purpose of the War Diary was to create a record of the operations of the unit on active service. It would record the part it was playing in a battle and would usually list the number of men who went into action and the number of casualties when the unit came out of the action. The information in a War Diary would be used by senior commanders for intelligence about the enemy opposite their units and as a historical record for future planning.

War Diaries were kept by units on home service in the UK, and when serving in the following Theatres of War during the First World War:
France and Flanders, Italy. Gallipoli, Mesopotamia, Palestine, Salonika, Russia.

The period covered by the WW1 War Diaries also includes the time when the British and Commonwealth Armies were in post-war occupation of Germany.

It is unusual to find the names of individual NCOs and Privates. These Diaries were written by the Officer class and they made sure that their career was well recorded in history.

The quality of the Diary contents also depends on the character of the individual Officer who wrote the Diary - they moved in and out of the front line, or went on leave, or sick, or wounded. So a different Officer would take over the daily writing of the Diary every few days or so.

The hand-writing also leaves an impression of the particular Officer. Some pages are legible, others not so much. I have generally found that those with good hand-writing also contain a lot of detail which helps to understand what was happening. On the other hand, very little detail was entered on some pages in case the Diary fell into the hands of the enemy, or maybe just a lazy so-and-so got a turn at writing the Diary. We'll never know.

The names of NCOs and Privates are usually only shown when listed as receiving a medal, or performing some specific act of bravery.
Please also remember that a Commanding Officer might recommend an NCO or Private for a particular award, but that did not ensure that the award would be granted by the 'top brass'.

Towns, Parishes and Place of Birth.

It was common in an earlier time, to state the Parish you were born in as your 'Place of Birth', rather than the actual town or village name.

Carluke, Dalserf, Glassford, Hamilton, Lanark, Lesmahagow and Stonehouse are examples of Parish names with Parish Towns to ensure that you are utterly confused.

Hence you'll see examples of "Place of Birth" as "Dalserf", when in fact the village of Dalserf was the Parish Town and not the exact Town or Village of Birth.

Other examples which tend to confuse are County Towns.

For example, Lanark is the 'County Town' of the County of Lanark, and is also a Parish just to add to the confusion.

The attached Parish Map of the County of Lanarkshire may give some guidance.

The map was kindly provided by the Glasgow and West of Scotland Family History Society. 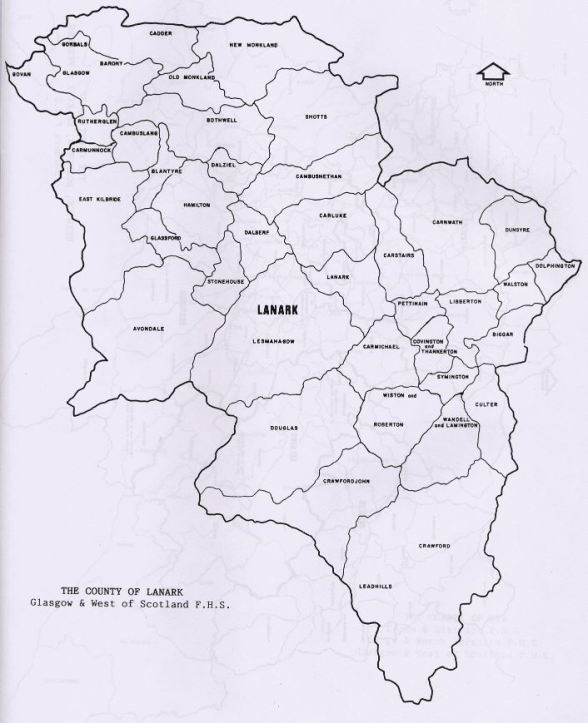 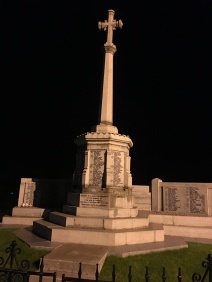